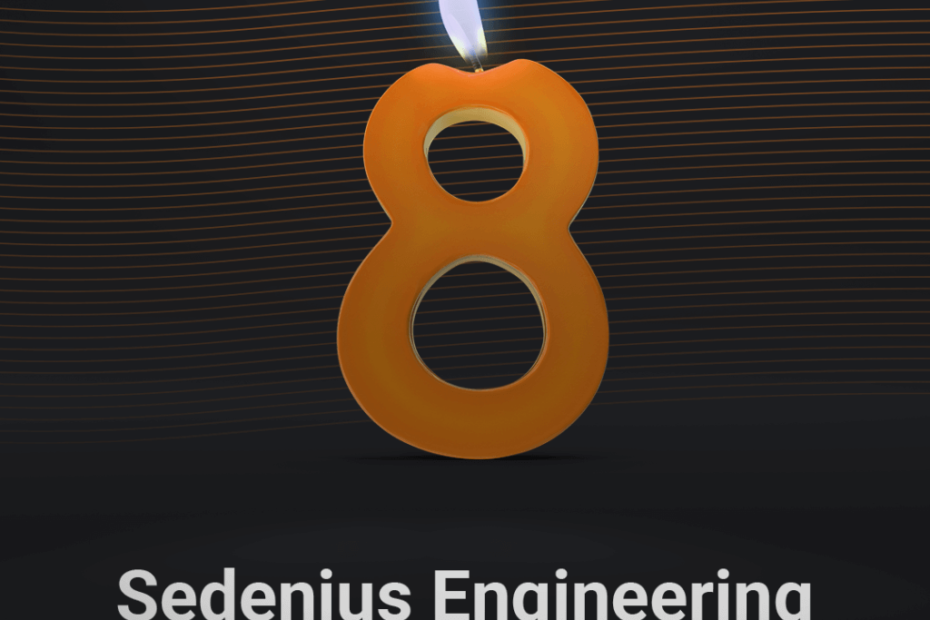 The SEDENIUS ENGINEERING GmbH celebrates this year its eight-year existence!

On this special occasion, we would like to thank first and foremost all our customers, business partners and, colleagues who have accompanied us during this time and who have become an integral part of our success.

This anniversary should also be an occasion to look back on eight successful years, which were only made possible by innovation and drive.

Eight years ago, computer scientist Andreas Amann had the vision to participate in the future-oriented development of self-propelled vehicles. This vision gave rise to the idea of founding a company, which was put into practice in Ingolstadt in 2012. Just one year later, the company settled in the center of the economically dynamic and innovative city of Leipzig and the team grew steadily through the successful work. Today, the cornerstones of the company are a team of 25 highly specialized developers and engineers. SEDENIUS ENGINEERING as a specialist in the field of autonomous and highly automated driving is a pioneering co-designer of tomorrow’s mobility through its innovations.

In 2015 Andreas Amann founded another company, SEDENIUS ENERGY. Previously located in the field of energy management systems, the company’s focus is on the administration and support of other companies.

In 2018 the idea of another company within the Sedenius family was worked out. The subsidiary SEDENIUS TECHNOLOGIES, based in Islamabad, Pakistan, was able to start operations as early as March 2019. The company focuses on research and development in the field of highly automated driving. The company also supports SEDENIUS ENGINEERING in projects, is based on the principles of innovation, integrity, efficiency and, quality. The team of highly specialized developers and engineers has now grown to 18 employees.

Together we have achieved a great deal in the last eight years and are very much looking forward to the coming years in our customary trusting and professional cooperation.